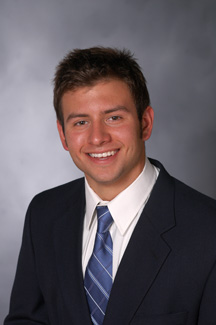 2008 Season: Mendez played in 54 games for the Bucs as an outfielder and DH….batted .322 with 14 doubles, eight home runs, and 36 RBIs….had a four-RBI game against Jacksonville on March 20….he hit a three-run game-winning home run against Tennessee on April 9…Led the team with 16 multiple hit games….Had an eight-game hitting streak in 2008 and received Atlantic Sun All-Academic honors.

2006 Season: Opened the season as the Bucs designated hitter against Eastern Michigan on February 3… started four games as a freshman… hit .143 with one double and three RBIs.

High School: Three-time letterwinner in baseball… All-Region selection as a junior and senior… Southeastern Baseball Classic All-Tournament team as a junior… team batting champion with a .407 average as a senior.

Personal: Born on October 20, 1986… plans to major in business… son of Felix and Tami Mendez.