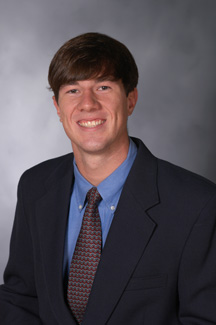 2007 Season: Came on strong in the second half of the season and emerged as the starting center fielder, playing in 33 games with 17 starts ... Hit .318, scoring 14 runs and driving in seven ... hit three doubles and was 11-for-15 in stolen base attempts.

2006 Season: Used primarily as a pinch runner as a freshman… scored three runs in 18 appearances.

High School: Four-time letterwinner in both baseball and football… named to the All-District Tournament team as freshman… named to three all-tournament teams in both junior and senior seasons… All-District and All-City as junior and senior… preseason All-American as a senior… hit .380 with two home runs, 12 doubles and 36 stolen bases as a senior… holds the school record for career stolen bases with 113.