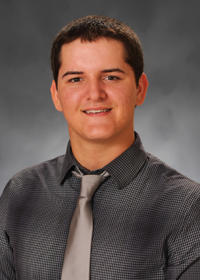 Prior to ETSU
Four-year letterwinner at Okeechobee High School in Okeechobee, Fla. … had a 3.34 ERA, while holding opponents to a .235 batting average in 44 innings in 2012 … led the team with 42 strikeouts in 11 appearances for the Brahmans … allowed one earned run and two hits in seven innings of work in the 5-2 win over John Carroll Catholic on March 7 … didn’t allow an earned run in six innings against Port St. Lucie on March 16 … went consecutive appearances without allowing an earned run from April 11-20 as he tossed seven innings of work and helped guide the Brahmans to back-to-back wins over Vero Beach and Mebourne.