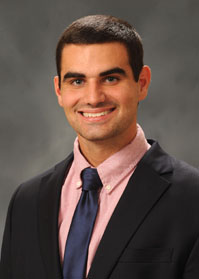 2013 Season
Atlantic Sun All-Academic member … played in 26 games, making 12 starts in his first season with the Bucs … posted his first hit in an ETSU uniform with a pinch hit single vs. Marist on March 3 … went 1-for-3 with three runs scored in the win at UNC Asheville … was 2-for-3 at North Florida on March 30 and also had a two-hit game at Northern Kentucky on April 6 … scored the game-winning run in the comeback win over Stetson in the A-Sun Tournament.