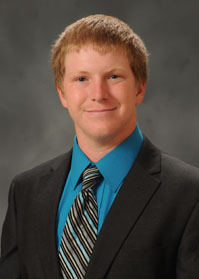 2013 Season
Atlantic Sun All-Academic performer … appeared in five games out of the bullpen for the Bucs in his rookie season … pitched 1.1 scoreless innings in his collegiate debut at Tennessee on Feb. 26 … tossed another 1.1 innings, allowing one run with one strikeout at UNC Asheville on March 13 … pitched one inning of one-run ball at North Florida (March 30).

Prior to ETSU
Four-year letterwinner under head coach Clemente Bonilla Jr. at Capistrano Valley Christian School in San Juan Capistrano, Calif. … went 31-7 with a 1.82 ERA and 321 strikeouts in 234 innings pitched with the Eagles … set the school record (single season and career) for wins, strikeouts and WHIP (0.97) … was a two-time San Joaquin Triple Crown winner and a three-time First-Team All-San Joaquin selection … voted San Joaquin League MVP in 2010 and 2012 … named First Team All-CIF in 2012 and Second Team All-CIF in 2011, while guiding the Eagles to league championships in 2010 and 2012 … tabbed First Team All-State in 2012 … tossed a no-hitter on April 12, 2011 while striking out 18 batters … also tossed a pair of one-hitters as a senior, while pitching seven innings in the state championship game where he allowed two runs on two hits and struck out 12 in a no-decision effort.

Personal
Son of Richard and Diann Eichler … born May 16, 1993 … plans to major in criminal justice … Sam’s sister Becky played softball at Saddleback Junior College in 2006 and 2007.