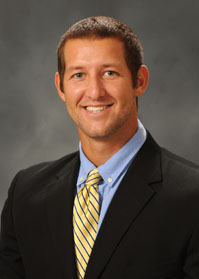 Prior to ETSU
Spent the last two seasons playing at Roane State Community College ... was a multi-sport athlete at Pigeon Forge High School where he lettered in baseball and football ... was a four-year All-District selection from 2006-09 ... selected to the TBCA Showcase Team in 2008 ... helped guide the Tigers to a third-place finish in state in 2006 and 2009 ... in 2011, played in the Western Carolina/Virginia League with the Smokey Mountain Big Train, while playing with the Southeastern Road Warriors in 2008 ... hit .390 with five home runs during his senior season at Pigeon Forge High School, while hitting .315 with two home runs and had an on-base percentage of .460 in 2012 at Roane State.