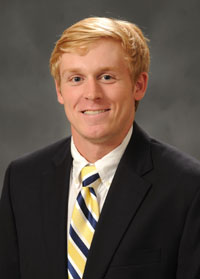 Prior to ETSU
Lettered in baseball and football at Holy Innocents’ Episcopal School … combined for 32 stolen bases in his final two seasons, while hitting .331 with two home runs and 31 RBI as a senior … was the 2013 team captain and received the Matt Molen Memorial Award, which is presented to the player who best exemplifies a positive attitude, hard work, dedication, and is coachable … a two-time all-region performer and received Rawlings Preseason All-Southeast Team honors.