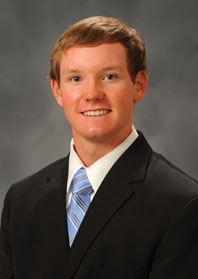 2014 Season
Played in 12 games for the Buccaneers in his rookie season … made collegiate debut vs. Longwood (2/17) and made first start on March 9 vs. Hartford … posted his first hit against Canisius on March 2 … scored runs in his 12 games as a freshman.