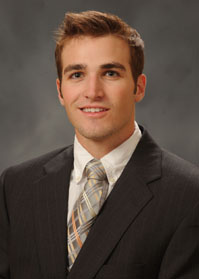 2014 Season
Named to the A-Sun All-Freshman Team … played in 34 games, making 30 starts behind the plate … recorded his first collegiate hit in first start vs. Longwood (2/16) … posted his first home run against Mercer (5/16) … went 2 for 4 with two runs and three RBI against the Bears … hit .367 with two doubles, one triple, and one home run in 11 conference games … had three multi-hit games during a four-game stretch from 4/9-17.

Prior to ETSU
Spent time playing first, third, short, catcher, and pitcher at Fred J. Page High School … during his career, the Franklin, Tenn. native has compiled a list of accolades such as All-Conference in 2011, 2012 and 2013, while receiving All-District Honorable mention as a freshman, and the Golden Glove Award winner in 2010 … was named team captain for the Patriots and also received the Pete Hughes “Hardest Worker” award hit .510 in his senior season.