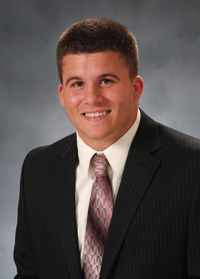 2015 Season
Appeared in 11 games with nine starts at catcher...tallied first hit and RBI of the season at Mercer on March 21...collected all hits during the season on the road.

Prior to ETSU
Four-year letterwinner under Coach Chris Hole at Governor Mifflin School District … hit .359 with 21 doubles and 45 RBI for the Mustangs … named Team Captain as a senior and was selected to the 2014 Senior All-Star Team … selected to the Under Armour Preseason All-American Tournament in 2013-14 … named to the Team One North (2013) and Regional Keystone State Team in 2012-13.