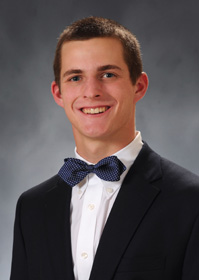 2017 Season
Appeared in 21 games for ETSU, including one start against Furman during the conference tournament ... In Koester's second career start and the first of the 2017 season, he turned in a solid 5.0 innings of work allowing two runs on only four hits while earning four strikeouts ... Had strong appearances in pitching at least one full inning with no runs allowed against Marshall on March 8, UNCG April 1, Appalachian State April 8, William & Mary April 15, Wofford April 29, Radford May 9, Samford May 13 and UNC-Asheville May 13.

2016 Season
Koesters sported a 1-1 record in 15 appearances including one start...In his first collegiate start, he tossed against North Carolina A&T where the Bucs won 17-5...He went four innings of one run ball including two strikeouts...In six of his relief appearances, Koesters did not surrender a run...He finished the season with 18 strikeouts in 19.1 innings...Held Tennessee scoreless in Knoxville in one inning of relief where he struck out one batter.

Prior to ETSU
Four-year letterwinner under coach Anthony Richardson at Sullivan South High School … went 7-2 with a 1.94 ERA and 72 strikeouts, while hitting .391 with five home runs, 42 RBI and posted six game-winning hits in 2014 … named 2014 Three Rivers Conference Player of the Year and Carter County Player of the Year … selected to the Tennessee Baseball Report All Two-Way Player Team, while also landing on the Johnson City Press Super 22 Team … received First team All-Big 8 honors in 2013 and was honorable mention in 2012.