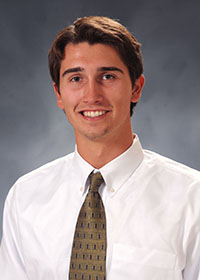 Prior to ETSU
Three-sport athlete at Webb School of Knoxville (baseball, basketball and cross country) … went 7-0 with a 2.33 ERA in 2014 … struck out 58 in 65.3 innings during his senior year … named all-district, all-state and all-region in 2014, while guiding the Spartans to the district championship and an appearance to the state tournament … was also an all-district member and champion in 2013.