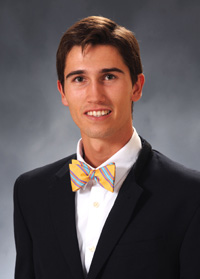 2016 Season
Appeared in 11 games during his sophomore season...Had four relief appearances where he did not allow a run...Had two great outings against UNCG and Tennessee where he went 0.2 innings in each game without allowing a run nor a hit while on the bump.

2015 Season
Member of the SoCon Academic Honor Roll...Appeared in four games as a reliever...tossed 2.1 innings against Winthrop...Higley struck out two without a walk against the Eagles...had three outings of allowing one run or less

Prior to ETSU
Three-year letterwinner at Webb School of Knoxville … was named all-state, all-region and all-conference … also a TBCA Showcase Representative … posted a 1.37 ERA with 86 strikeouts in 95.0 innings.