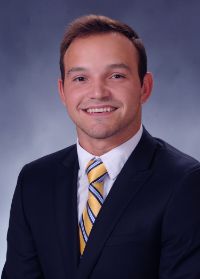 2015 Season
Member of the SoCon Academic Honor Roll...Played in 25 games with 12 starts...started in back-to-back games against Miami and Morehead State where he collected five hits with a solo home run...he ended the season with a 0.327 batting average...Held a three-game hitting streak from March 8-17

2014 Season
Played in three games for the Bucs … made collegiate debut vs. Canisius on Feb. 28 … earned a walk in his first collegiate at-bat against the Golden Griffins.

Personal
Son of Ken and Connie Carrier … born May 5, 1994 … plans to major in exercise science.