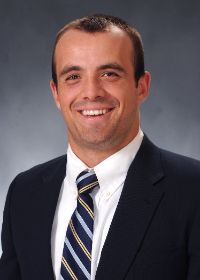 2017 Season
Started all 59 games for ETSU last season in right field while making five appearances on the mound ... batted .324 on the season in 256 at-bats, the second most on the team ... Maher led ETSU in runs with 62 (tied with Chris Cook) and triples with five ... second on the team in hits with 83 and steals with 15 ... Maher ended his season on an 11-game hitting streak (tied with Cook for the third longest streak that season) ... One of three ETSU players to have a 20 game or more on-base streak, doing so with 20 ... Had one of two four-hit showings against VMI in the conference tournament, helping the Bucs earn a 12-11 win with a walkoff single to keep ETSU alive in the tournament ... Started the season strong with his other four hit game of the season, going 4-5 in the season opener against Central Michigan, plating three RBI's and two runs in the process.

2016 Season
Appeared and started in 56 games during his sophomore season...Drafted by the Pirates in the 38th round (1155th overall)...Finished the season with a .315 batting average including a .401 on-base percentage and .525 slugging percentage...He was tied for third on the team with nine homers...Maher finished the season with 26 extra-base hits including 15 doubles...He smacked 69 total hits while touching home 48 times...He was third on the team in stolen bases with 14 and walks with 29...Maher started the 2016 season red hot as he recorded a hit in eight of his first nine games...He went a perfect 4-for-4 with three singles, a double, two stolen bases and a run scored against UNC Asheville at home...Recorded 22 multi-hit games including three games with three or more hits...Smacked a walkoff home run against Purdue on March 5 as ETSU won 9-8 at home...Posted his first multi-double game against Northern Kentucky on Feb. 26.

2015 Season
Appeared in 35 games as a hitter and two as a pitcher...started in 25 games (18 as designated hitter and seven as an outfielder)...totaled nine multi-hit games...tallied two hits and three RBIs against Samford...collected first collegiate home run agianst Morehead State on March 31...went 2-for-5 against Winthrop with two singles, two RBIs, and two runs scored...tallied his first collegaite triple at VMI on April 10...ended the season with 0.317 batting average and 0.413 slugging percentage...pitched two innings against Appalachian State on May 12...hurled two innings against the Mountaineers while allowing two hits and one run.

Prior to ETSU
Multi-sport athlete from Bentwood High School … lettered in baseball, football and swimming for the Bruins … was a four-year starter under coach Bill Moore and went 15-4 on the mound, while setting the school record for hits in a season … named Preseason Under Armour All-American in 2014 … led the Bruins with a .416 batting average in his senior season … helped guide Bentwood to three district titles, one regional title, two sectional titles and went to state in back-to-back seasons for the first time in school history (2013-14).

Personal
Son of Tony and Ginny Maher … born Oct. 18, 1994 … plans to major in engineering … brother Alan swam at the University of Texas from 2007-10, sister Amanda swam at Alabama from 2006-08 and sister Allison is currently a swimmer at Western Kentucky.