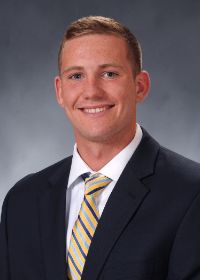 2017 Season
Served as the Friday starter for ETSU, tossing 90.1 innings to rank second on the team ... Started and apeared in 14 games for ETSU, maintaining a 3.99 ERA with a 6-4 win-loss record ... Led ETSU with 96 strikeouts while limiting his walk tally to 26 on the season ... Held opposing teams to a .272 batting average ... Had a career-best outing against UNCG in Johnson City, throwing a compete game shutout against one of the top ranked offenses in the nation ... Simpler tossed 108 pitches in the 9.0 innings, striking out seven hitters while scattering six hits ... Credited with ETSU's first complete home shutout since 2013.

2016 Season
Appeared in the second most games in 2016 (27)...Simpler started five games during his sophomore season...Recorded at least one strikeout in every appearance he made...Had a season high six strikeouts against Northern Kentucky and The Citadel ...Posted back-to-back starts (Purdue and La Salle) where he struck out five opponents...Ended the season with the second most strikeouts on the team (72)...Averaged 1.6 strikeouts per inning, which was the highest on the team...Had an opposing batting average of .261.

2015 Season
Appeared in 20 games with nine starts...had first start against Radford when Simpler went five innings without a run and allowed just three hits...struck out four batters against the Highlanders...had best start at Furman on May 3 by tossing seven innings with two runs, no walks, and four strikeouts...struckout a season high (six batters) against Miami (Ohio)...tallied a season 2.75 strikeout to walk ratio, which was second best on the team...in 19 of his 20 appearcances, Simpler struck out at least one batter...did not surrender an earned run in six of his appearances.