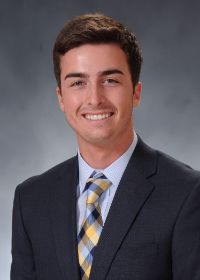 2016 Season
Appeared in six games for the Bucs during his junior season...He worked only 5.2 innings but allowed just three runs while striking out four...He had two games where he posted a pair of strikeouts (at UNC Wilmington and vs The Citadel)...His best outing all season came against the Bulldogs where he tossed one inning of relief...Bartow allowed just one hit and no runs to score in that same game.

2015 Season
Member of the SoCon Academic Honor Roll...appeared in 14 games with 13.1 innings of work...in ten of the 14 outings, Bartow did not allow a run...had three straight outings of at least one inning of relief without allowing a run with just five hits combined...totaled a season high in strikeouts (two) against Morehead State on March 31...allowed the fewest extra base hits allowed (four) on the team with at least ten innings of work.

2014 Season
Made one appearance for the Bucs in his rookie season … made collegiate debut against Hartford on March … tossed one inning of relief against the Hawks.

Prior to ETSU
Multisport athlete from University School ... lettered in both baseball and golf for the Buccaneers ... named to the Johnson City Press Super 22 Team and also received All-District and All-Tournament honors ... went 22-6 on the mound for the Buccaneers, while going 8-2 with a 2.34 ERA as a senior ... pitched two no-hitters in his senior season ... three-time All-Conference performer in golf, while placing fifth in the district tournament as a sophomore and third in the region in 2013.

Personal
Born June 28, 1995 ... son of Murry and Tammy Bartow ... has yet to declare a major ... father Murry, the former ETSU head men's basketball coach, was a two-sport athlete at UAB (golf and basketball).