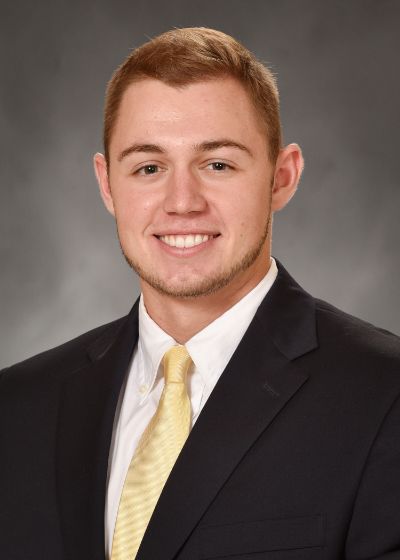 2017 Season:
Played in 53 games with 48 starts for the Bucs...Finished the season with eight homeruns and 43 RBI's, good enough for fourth-best on the team...Owned the longest hitting streak of the season for ETSU at 14 games, doing so from March 25 to April 21...In the entire months of March and April, Longley only had six games without a hit in 35 chances, totaling 38 hits over the two months...Batted .269 on the year with 47 hits, 21 of which were multi-base hits...One of eight ETSU players to complete 12 or more games with at least two hits...Only player last season to drive in six runs in one game, doing so with a pair of three-run shots over the left field wall against Gardner Webb March 10...Smashed three doubles against UNCG March 31 to close out a stellar month, the most doubles by an ETSU individual in a single game that season.

2016 Season:
Appeared in 32 games including 22 starts...Finished the season with a .230 batting average, .320 on-base percentage and .402 slugging percentage...Longley knocked a pair of homers and drove in 17 RBIs...Recorded ten extra-base hits including seven doubles...He was able to touch home 21 times...Knocked his first ETSU home run against Mercer at Thomas Stadium on April 9...On the next day, Longley was called to be a pinch hitter in a bases loaded situation, and he snuck the ball over the left field fence to give ETSU the lead off his grand slam...Had a nine game hitting streak from April 10-24, and also had a six game stretch where he recorded at least one RBI...Had a career day against FGCU where he went 3-for-4 with three doubles, three runs scored and an RBI.

Prior to ETSU:
Longley graduated from Cleveland State Community College in 2015...While at CSCC, he played under head coach Mike Policastro...In his last season in CC, he had a batting average of 0.346 while connecting with 14 home runs...He also had a slugging percentage of 0.667 with an on-base percentage of 0.402...Longley touched home 36 times and drove in 53 RBIs during that same season...He was among the leaders in JUCO in home runs and RBIs...He was a two-time TCCAA Player of the Week...He had a homer in every 9.7 at-bats during the 2015 season...While in high school, he was a three-time All-District member, two-time All-Region, two-time All-District Tournament member, and three-time Charter Player of the Week...He hit four home runs in one game while at Cleveland State...Longley's biggest accomplishments in baseballl were being able to win regular season district, district, region, and sub-state championships in high school...His team also finished in third place in the 2012 state tournament...When he is not on the diamond, he enjoys weight lifting and playing cards...Longley is an exercise science major at ETSU.