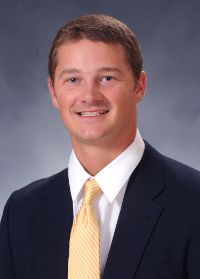 2016 Season: Strickland played in 22 games including 14 starts for the Bucs...Finished the season with nine hits while driving in three RBIs...Posted an .370 on-base percentage...Strickland was a perfect 1-for-1 in stolen bases and corralled ten put outs in the outfield...Had back-to-back games against Northerm Kentucky where he posted multi-hit games while touching home once.

Prior to ETSU: Strickland graduated from Cleveland State Community College in 2015...He also graduated from Farragut High School in 2013...While at CSCC, he played under Mike Policastro...He was ranked in the top 200 JUCO prospects and was part of the All TCCAA Academic team freshman and sophomore year at Cleveland State...While in high school, he was a two-time state champion at Farragut...During his senior year at FHS, he was a member of All-State, All-Region, All-KIL, and PrepXtra first team...Strickland was named the District Player of the Year as well...He is a two-time Perfect Game Underclassman All-American and a member of the second team Louisville Slugger All-American team...During his free time, he enjoys doing anything outdoors such as: hiking, hunting, recreational sports, fishing, and surfing...He is a busineess administration with a marketing focus major at ETSU.