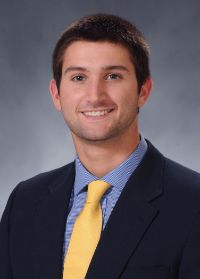 Prior to ETSU: Clift graduated from Soddy Daisy High School in Soddy Daisy, Tenn...While at SDHS, he played under head coach Brandon Turner...During his senior season, he batted 0.400 with 36 RBIs and six homers...He has been a member of All-State, two-time All-Region, and three-time All-District...His favorite baseball memories are when his team won the Sub-State tournament on a walk-off homer in the ninth inning and when his team beat East Hamilton High School in the Region Championship game when Clift went 3-for-5 and nine RBIs...When he is not on the diamond, he enjoys to fish, play Xbox, and watch football...Clift is an education major at ETSU.