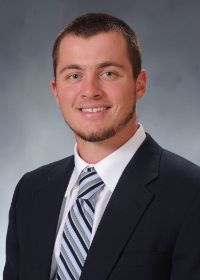 2016 Season
Played in 55 games including 54 starts...Most of Rowlett's playing time came in the hot corner...He finished the season with a slash of .311/.429/.500...He knocked eight home runs in his first season with ETSU including 23 doubles...He scored 49 times while driving in 43 RBIs...Led the team in walks (40) and was a perfect 5-for-5 in stolen bases...Started his ETSU career with a five game hit streak including going 2-for-4 with three RBIs and a run scored against Northern Kentucky on Feb. 27...Carried the team's longest hit streak (14 games) and on-base streak (28)...Posted 15 multi-hit games including two games with three hits (vs NKU and at UNC Wilmington)...Was also tied for third on the team with multi-RBI performance (12)...In SoCon games only, Rowlett hit for a .369 average with four home runs and five doubles...He was also tied for second for most runs scored in SoCon play (24).

Prior to ETSU: Rowlett graduate from Jackson State Community College in the spring of 2015...During his sophomore season under head coach Tyson Malik, he collected a batting average of 0.364 with an on-base percentage of 0.522 and a slugging percentage of 0.689...He connected with ten home runs and nine doubles last season...Rowlett walked 45 times and drove in 51 RBIs during that season...He was a member of the first team all-conference in JUCO, runner-up state Player of the Year in JUCO, and was an All-Star shortstop for his summer team...During the summer of 2015, he played for the Medicine Hat Mavericks in Canada under Adam Shorser...Rowlett set a state JUCO record for walks in a season with 45...His biggest baseball accomplishment was being a player on the summer ball championship in 2014...In his free time, he enjoys to bowl and golf...Rowlett is pursing a sports management degree at ETSU.