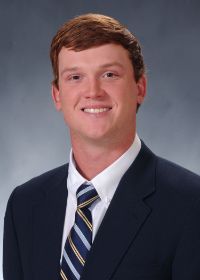 2016 Season
Smith was one of the best bullpen guys for the season as he came out of the pen ten times...He also made nine starts during his junior season...He finished the season 4-4 with 61.1 innings and 52 strikeouts...He limited opponents to a .284 batting average and just ten doubles on the year...He dominated Northern Kentucky in his second career start for the Blue and Gold...He went six innings with six strikeouts and no runs scored...He matched that performance a few weeks later against La Salle...Smith surrendered one run in six innings of work while striking out six batters...Recorded his season best seven strikeouts in just 2.2 innings at UNC Asheville...Smith struck out at least one batter in 14 of his 19 appearances.

Prior to ETSU:
Graduated from Spartanburg Methodist College in May 2015...Smith played baseball at Ninety Six High School in Ninety Six, S.C...In his last season at SMC, he tossed 43 innings with 39 strikeouts...He limited opposing batters to ten walks all last season...His biggest accomplishment was being able to go to the Junior College World Series in Grand Junction, Colo...His team finished third in the country at the JCWS...During his free time, he enjoys doing anything outdoors such as: hunting, fishing, and being with his family and friends...Smith is pursing a bachelor's degree in criminal justice.