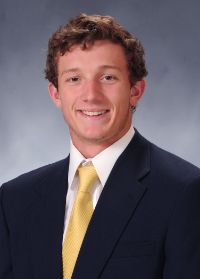 2018: Appeared in six games taking seven at-bats for the Bucs with one start against Radford ... Spent the 2018 season transitioning to a new role for ETSU as a catcher, mostly catching bullpen sessions, helping ETSU fill a major hole depth-wise behind the plate.

2017: Played in nine games with one start against Wofford April 30 in conference play ... Earned his first-career run against Florida A&M March 4 to help the Bucs go ahead 10-8 in the final inning for the victory ... Drilled his first career hit in a pinch-hitting situation one day before his first career start, singling to right field.

Prior to ETSU: Stewart was a graduate from Dobyns-Bennett High School in Kingsport, Tenn...He played under Ryan Wagner at DBHS...In 2015, he received All-Conference honors with the Indians...In the summer of 2015, he played for the Diamond Elite team under Steve McMillan...Stewart has won three regional championships while making the state tournament twice...His biggest accomplishment was getting to the state tournament in back-to-back seasons...In his free time, he enjoys finishing and playing golf...Stewart is pursing a sports management degree at ETSU.