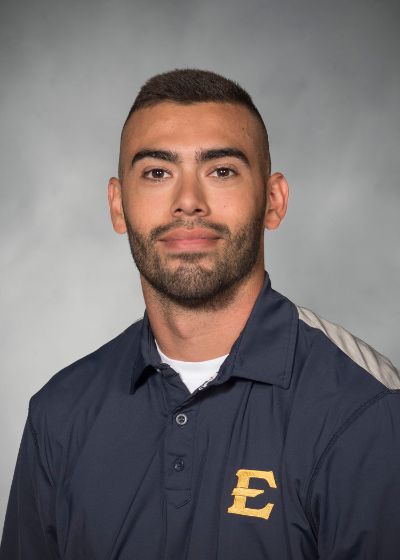 2018: Continued work as a closer for the second straight season and led the team with six saves with 16 appearances out of the bullpen and 16 innings of work...finished the year with a 3.38 ERA, 17 strikeouts and six earned runs...opposing hitters hit just .185 against the senior with just three extra-base hits all season.

2018: Instantly moved into the closer role for ETSU upon his transfer from Glendale Community College, picking up a team-high six saves with 23 appearances and 37.1 innings ... Finished the year with a 3.38 ERA, keeping it as low as 1.53 midway through the season during conference play ... Picked up his first save in the season opener vs. Northern Kentucky with three innings before notching clutch saves over Samford, Radford, VMI, Western Carolina and Wofford in tight contests ... Ended with a 3-3 record, picking up three wins in three straight appearances over William & Mary, Tennessee and Samford — all of which were on the road in tight contests, helping ETSU take late leads by limiting the opposing offense ... Recorded 38 strikeouts to just 14 walks.

Prior to ETSU: Transfer from Glendale Community College in Glendale, Calif. ... Finished last season with a 1.40 ERA in 45 innings of work, recording 38 punchouts for the Vaqueros en route to becoming the team's Pitcher of the Year award winner ... Played varsity baseball and football at Alhambra High School as a pitcher and outfielder on the baseball diamond and receiver and safety on the football field.

Personal: Born July 11, 1997 ... from Alhambra, Calif. ... Son of Eric and Dana Giambalvo ... Has two brothers, Jake and Josh, who each have participated in collegiate athletics ... Jake played two seasons of baseball as a pitcher and utility player at Pasadena City College from 2008-09 and Josh played football as a tight end at Ottawa University from 2010-2011 ... James is majoring in Criminal Justice.