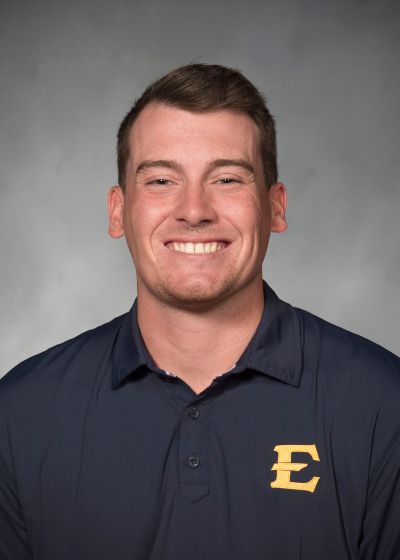 2018: Made 14 starts in his debut season with the Bucs, opening each series for ETSU as the Friday starter ... Opened ETSU career with a bang, earning Collegiate Baseball National Pitcher of the Week and Southern Conference Pitcher of the Week honors with a quality start win vs. Northern Kentucky ... Against the Norse, Kaczor threw 6.0 innings with no earned runs (one unearned) while fanning 12 batters without a single walk ... Finished season with a 5.01 ERA in 82.2 innings of work for a 5-4 record ... Held batters to a .258 batting average, striking out 75 hitters with just 29 walks.

Prior to ETSU: Transferred to ETSU with prior stints at St. Petersburg College and Western Kentucky ... Had 13 appearances with one save at WKU while finishing his sophomore year with a  5-2 record through 67.2 innnings with 38 strikeouts and a 3.06 ERA at St. Petersburg ... Graduated from Ravenwood High School in Brentwood, Tenn. where he earned 19 wins in 176 innings with a career 2.15 ERA and 170 punchouts ... First-team all-state ... 2014 Region 6 Pitcher of the Year ... 2014 District and Sectional Champs ... 2015 Regular season champs and regional champs.

Personal: Born May 21, 1997 ... Son of Nate and Angie Kaczor ... Born in Salt Lake City, Utah but most recent hometown is Washington, D.C. ... Has lived in six different states, as Kaczor's father, Nate, is an NFL coach and currently the special teams coordinator for the Washington Redskins ... Micah comes from an athletic pedigree, as his father played football at Utah State from 1987-89 before starting his coaching career in 1991 ... Micah's mother played basketball at State Fair Community College in Sedalia, Missouri from 1988-90 ... Cousin, Lindsay Wyatt, currently hoops for North Central Missouri College, following in the footsteps of Micah's aunt, Lesli Wyatt, who played at NCMC from 2001-02 .. Sister, Kaylee, graduated from Tennessee.