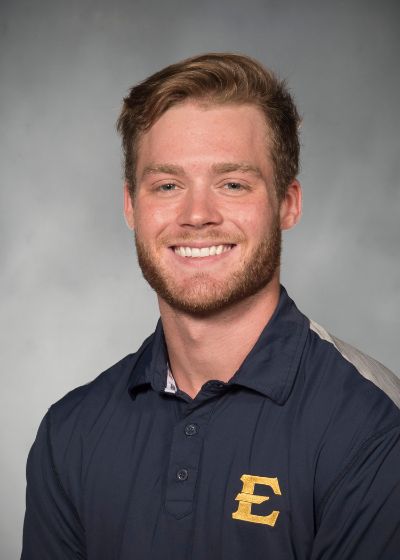 2019: Smith started all 55 games for the Blue and Gold with and was second on the squad with a .304 batting average...selected to the All-SoCon second team for the second straight year...totalled seven homers on the season, 30 RBI, 14 doubes and 42 walks...logged four three-hit games including two in SoCon play. Was second on the team with a .427 OBP and was second in the league with 42 walks throughout the season...finished 2019 with seven steals in 11 attempts.

2018: Moved defensively to second base from the hot corner, starting 46 games with 47 appearances ... Selected to the All-Southern Conference second team ... Batted .295 for the season with 12 doubles, a triple, two homers, 22 RBI and 32 runs ... Went on a 13-game hit streak near the end of the season, working his way into the cleanup spot for seven games during the stretch ... Also hit safely in 20 of 21 games midway through the season with a 27-game reached base streak, the second longest of any ETSU player in 2018 ... Tied for the team lead in stolen bases, swiping eight bags in 10 attempts.

2017: Named to the Southern Conference All-Freshman team after starting all 59 games for the Bucs ... Batted .301 in 219 at-bats while racking up 66 hits and 38 RBI ... Batted from the six-hole in 46 of his 59 games, starting at the hot corner in every game ... Was one of three ETSU players to start every game at one position (Cook at SS, Maher in RF) ... Started his first career game with a bang, earning two hits and two runs while driving in a team-high three RBI to lead ETSU to an opening day 18-6 win over Central Michigan.

Prior to ETSU: Smith is a left-handed hitting infielder who was one of the top players in the Nashville area. He was named to the Tennessee Baseball Coaches Association All-Star team this summer as a shortstop. His father played at Southern Mississippi University and was a scout for a number of MLB organizations later in his career. Smith is a good defender and is athletic enough to play anywhere on the field. We anticipate Smith to become an excellent college hitter, and he has a great frame and is a strong kid. Smith will compete for a spot in our infield as a freshman.