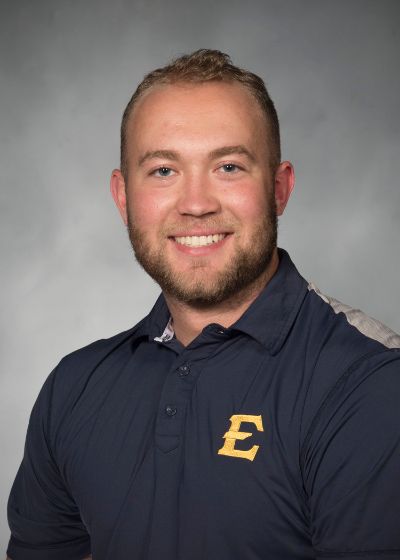 2020 (Senior)*: Named to Preseason Frist Team All-SoCon…Started all 15 games played in the shortened season including 11 behind the plate…Held a .259 batting average with 14 hits in 54 at-bats…Hit four home runs and recorded 10 RBI…Recorded 14 free passes in 2020 with eight walks and was hit by a pitch six times…Threw out two runners in six stolen base attempts.

2019 (Junior): Started in all 55 games during a breakout junior season, including 41 behind the dish ... Earned first team all-conference honors, leading the Bucs with a .314 batting average, 65 hits, 15 doubles, 10 home runs, 42 RBI, 112 total bases, a .541 slugging percentage and a .434 on-base percentage ... Was named Southern Conference Player of the Week on Feb. 18 after batting 5-for-12 with a grand slam, a two-run homer, a triple, four runs and nine RBI over three games against Iona during opening weekend ... Finished tied for a team-best with 18 multi-hit games ...  Was a Rawlings Gold Glove nominee with a .994 fielding percentage that included 324 putouts, 26 assists and just two errors ... Had a .600 stolen base percentage, gunning down 12 runners ...  Ranks second in ETSU baseball history for most hit by pitches in a single season with 16 in 2019.

2018 (Sophomore): Stepped into the starting catcher role as a sophomore with 38 starts and 41 appearances ... Finished the season tied for second on the team with nine homers ... Batted .235 with six doubles, 26 RBI, 28 runs and a .476 slugging percentage ... Also, Greer served as a defensive stalwort behind the plate, gunning down 20 of 47 baserunners attempting steals for an impressive .574 stolen base percentage ... Commited only two errors at catcher for a solid .994 fielding percentage.

2017 (Freshman): Appeared in 16 games with eight starts behind the dish...Drove a homerun to left field in his first collegiate at-bat with a solo shot against Oakland Feb. 22...Drove in two RBI May 9 against Radford on a single in what would later prove to be the tying and game-winning runs ... Won the 2017 ETSU Bat Blast Championship, a pitcher vs. hitter showdown between the ETSU players in the offseason.

Prior to ETSU: Greer is a very good defender with a plus arm. He was rated by PerfectGame as the sixth best catcher in the state of Tennessee. Aside from his physical abilities, Greer was elected as the captain of both his high school team and summer team, the Atlanta Blue Jays. He will hit for power as he continues to fill out his large frame. Greer comes from a great family and high school that has produced some talented players in the past.