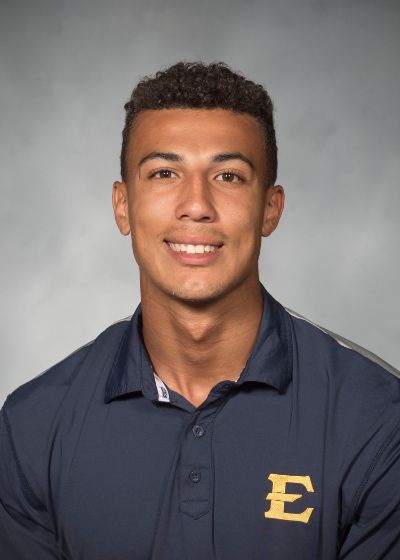 2021 (Redshirt Senior): Farmer split time as one of ETSU’s primary center fielders…Making 22 starts and playing in 23 games, he hit .302 throughout the season with five doubles, four RBI and 10 runs scored… Farmer was 4-for-6 in stolen base attempts and had a 3.81 slugging percentage and .371 on-base percentage…Tallied six multi-hit games and recorded a hit in each of his last five games played…Set a career high with two RBI at UNCG (4/3) and two doubles at The Citadel (4/17)…Set career highs with two doubles at The Citadel (4/17), two RBI at UNCG (4/3) and two walks vs App State (2/23).

2020 (Redshirt Junior)*: Made four starts and six appearances in the shortened season…Held a .250 batting average with three hits in 12 at-bats… Farmer scored three runs in the six contests had one RBI… Had two walks in 2020 with no strikeouts and three stolen bases…

Prior to ETSU: Transferred from Pitt Community College in his hometown of Winterville, North Carolina … Won back-to-back regular season championships on the Division 2 JUCO level, one conference championship and finished fourth in the nation at the D2 JUCO national championship … Played both infield and outfield positions for the Bulldogs as a utility … Batted .338 his freshman year in 29 games … Finished with five career homers, 22 RBI and 28 runs at Pitt CC.