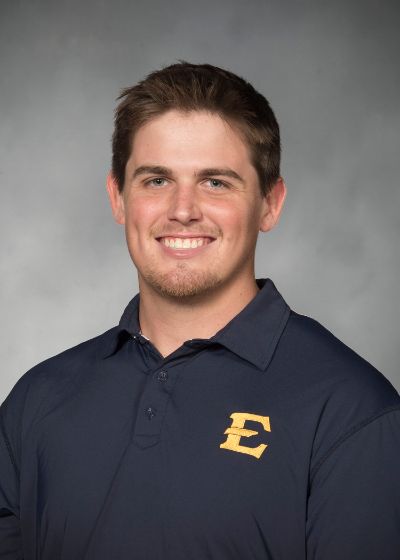 2019 (Junior): Rose to national prominence as a junior, winning his first eight decisions to rank atop the nation in wins over halfway through the season and earn a special mention on the 2019 Collegiate Baseball Pitcher of the Year Watch List ... Finished the year with a 9-4 record and a 2.60 ERA in 15 starts, throwing 97.0 innings to rank second in the Southern Conference ... Ranked second in the SoCon in wins (9), third in strikeouts looking (27), fourth in strikeouts (94), walks allowed (16) and ERA (2.60) and sixth in earned runs allowed (28) ... Struck out 11 in 8.0 innings without allowing an earned run vs. LIU-Brooklyn on March 2 ... Ended his season with a valiant effort vs. No. 2 Wofford during the Southern Conference tournament, tossing a career-high 130 pitches in 8.0 innings during a 2-1 loss with only one earned run allowed and eight strikeouts ... Is currently ETSU's all-time career leader in ERA at 2.60, meeting the 50.0 inning qualifier in his first season with the Bucs ... His 2.60 ERA also ranks fourth best on ETSU's all-time season ERA list.

Prior to ETSU: Transferred to ETSU from Walters State Community College after two seasons, returning to his Johnson City roots as a former Science Hill High School standout … Had an unbelievable run as a pitcher and first baseman as a sophomore in 2018 with a 13-0 record and a 3.01 ERA on the mound while batting .343 with 11 homers and 37 RBI at the plate … Was named 2018 TCCAA Pitcher of the Year, a 2018 NJCAA second team All-American and the 2018 JBB Two-Way Player of the Year.

Personal: Born July 15, 1997 ... From Johnson City, Tenn. … Son of John and Terri Knack … Landon’s brother-in-law, Will Craig, is currently a member of the Pittsburgh Pirates organization, currently playing on the AAA level with the Indianapolis Indians in 2019 … Majoring in accounting.