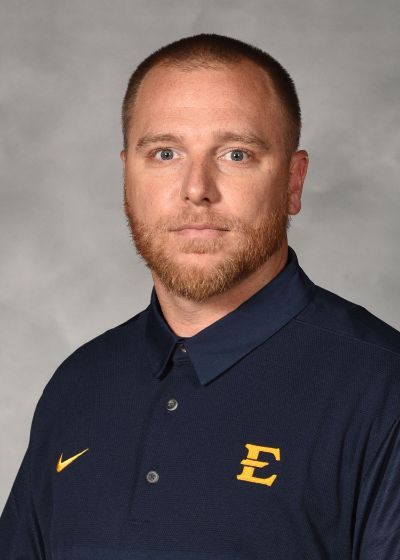 Ross Oeder joined the ETSU baseball staff on August 15, 2017 and has completed four seasons as the team's hitting coach and recruiting coordinator.

Prior to ETSU, Oeder spent four seasons as an assistant at Penn State working with the hitters and the infield. He also played an instrumental role in the recruiting department.

“I’m really excited about the opportunity to be here working with Coach Joe Pennucci at ETSU,” Oeder said. “I’m also excited about getting to work with a good group of hitters and to help continue their success on that side of the baseball.”

In 2021, the team hit .249 led by Ethan Cady and Sean Kearney with a .305 average. The Bucs were tied for third in the SoCon with 55 home runs and fourth in the league with a .414 slugging percentage. Oeder aided in the performance of Ashton King, one of the leagues incoming middle infielders. King hit .226 in his first year, which was shortened by the pandemic and came back with a .282 batting average in 2021, en route to being named to the SoCon All-Freshman team. The middle infielder began the season reaching base in his first 21 games and concluded the campaign with a .339 on-base percentage and a .465 slugging percentage.

The 2020 season was shortened due to the COVID-19 pandemic, and in the 15 games that ETSU played, the Blue and Gold went 12-3 with a win over Clemson on the road. With Oeder as the hitting coach, the team hit .292 and seven players had a batting average above .300. Although it was a shortened season, ETSU transfer, Jake Madole, hit .419 in 2020 which led the team. Out of Madole’s 13 hits, 10 went for extra bases — five doubles and five home runs.

In Oeder’s first two seasons, ETSU had eight position players receive all-conference honors the last two seasons, including four first team selections, one second team player for 2018 and 2019, and three all-freshman performers. Most notably, Oeder aided in the improvement of first team all-SoCon catcher Jackson Greer, who went from a .235 average in 136 at-bats in 2018 to a team-best .314 average in 207 at-bats in 2019.

In his debut season on staff, the ETSU offense saw four hitters with a batting average over .300, including Chris Cook at .364 with a league-leading 22 doubles and Christian Bailey with a .345 average. Cook also became the all-time hits leader at ETSU during his redshirt-senior season while Oeder was the hitting coach.

Oeder also worked with Caleb Longley in 2019 season, who finished a breakout year with 14 home runs, 50 RBI, a .309 average and a .644 slugging percentage. He capped off his best career season placing tied for second in the home run department.

Much like ETSU, The Nittany Lions also improved their hitting over the course of four seasons under Oeder’s direction. While at PSU, Oeder helped the team to a 10-game win improvement in 2016.

Oeder is a graduate of Wright State, where he played three seasons for head coach Rob Cooper before coaching under him at WSU and later at Penn State. Prior to this coming season, Oeder has spent a total of 11 seasons under Cooper as a player and coach.

“Coach Oeder brings a high level of experience to our program, and I couldn't be happier to have him become a part of Buc nation,” Pennucci said. “His playing experience at Wright State, professional baseball and working with Coach (Rob) Cooper at Penn State offers a great opportunity of knowledge to our players.”

Prior to coaching, Oeder spent two seasons playing professionally with the St. Louis Cardinals organization. He held a career on-base percentage of .300 during his two seasons in the minor leagues.

The former Wright State infielder was an All-American in college and was the first Horizon League Player of the Year in program history, which he achieved in 2007. Oeder is one of five players in WSU history to end a season batting over .400, as he finished his senior year batting .408. He ranks among the career leaders in multiple offensive categories, including batting average, doubles, total bases and runs scored.

As a coach at WSU, Oeder was instrumental in helping the Raiders advance to the 2011 NCAA Tournament. He also helped the team earn back-to-back Horizon League regular season championships in 2010 and 2011.

Oeder received his bachelor’s from Wright State in 2008 with a degree in organizational leadership and later earned his master’s degree in leadership development in 2012. He is married to Christa Oeder.