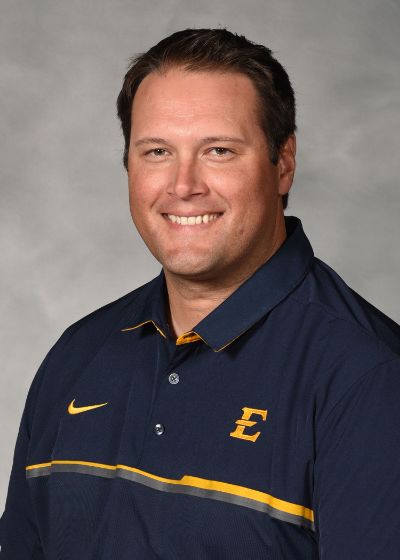 Posey came to ETSU from Elon University, where he spent four seasons as an assistant coach working with the Phoenix pitching staff. He worked under the direction of head coach Mike Kennedy.

“I’m excited about working with Coach Joe Pennucci and his vision of bringing conference championships to Johnson City,” Posey said after being added to the staff in 2017.

The 2019 pitching staff will go down as one of ETSU's all-time best, as the staff recorded the 11th lowest ERA in the nation at 3.48 under Posey's direction. In the ETSU record books, the 3.48 ERA ranks second all-time. The 2019 Bucs also ranked second in all-time strikeouts for a season (441), tied for third in saves (15) and tied for fifth in wins (34).

Posey worked directly with first team all-conference pitcher Micah Kaczor who currently ranks third on the career ERA leaderboard at ETSU with a 3.42 ERA. Kaczor also finished second in all-time single-season ERA with a 2.13 mark, while finishing the regular season with a 1.94 ERA to rank among the nation's leaders and first among starting pitchers in the conference.

Posey has also worked closely with Landon Knack, who is ETSU's current career ERA leader at 2.60 through 97.0 innings. Knack began his debut season at ETSU with an 8-0 record, becoming one of three pitchers to reach the eight-win mark through nine starts. The junior also had 21 straight wins on the mound, bringing a 13-0 record from the 2018 season at Walters State Community College.

Redshirt senior Daniel Sweeney also saw vast improvement under Posey's leadership, going from just 4.0 innings pitched in three seasons to a key reliever and midweek starter in 2018 and a weekend starter in 2019. Sweeney threw 78.0 innings in 2019 and maintained a 3.23 ERA to rank among the SoCon top-10 lowest ERAs all season.

In Posey's first season as part of the Joe Pennucci debut staff, the ETSU pitchers finished with more than 400 strikeouts and less than 200 walks. This was improved in 2019 with 441 strikeouts and 164 walks, as ETSU ranked sixth in the NCAA with a 3.00 walks allowed per nine innings total and 20th in K-to-BB ratio at 2.69.

The Tallahassee, Fla. native also guided Ryan Simpler in his senior season, as Simpler stayed among the national top-25 nearly all season in the strikeout-to-walk ratio statistic. Simpler finished with 94 strikeouts and 15 walks in 96.1 innings of work.

Under Posey's direction, ETSU delivered on the mound in close game situations. The Bucs racked up 16 saves, which is exactly double the eight saves ETSU's opponents recorded in the 2017 season. The program had 15 in 2019.

While at Elon, Posey helped guide the Phoenix to a 2013 SoCon tournament championship. In 2017, the Elon pitching staff dropped its ERA 1.43 points from the previous year and compiled two no-hitters under Posey's watch. Posey coached multiple pitchers at Elon to all-conference and all-rookie honors through his four seasons.

Last season, Posey worked directly with Kyle Brnovich, who set the Elon Division I freshman record for strikeouts (103) and matched the program Division I freshman mark for victories (six). Brnovich was named the CAA Freshman of the Year, named to the CAA first-team and was a Collegiate Baseball Freshman All-American while learning from Posey.

“Coach Posey is a great fit at ETSU,” said ETSU head coach Joe Pennucci. “His knowledge and experience as a college and professional pitcher will help our players develop and reach their ceiling.  His father is an outstanding high school coach in Florida. Having worked for a great pitching guy in (Elon) Coach (Mike) Kennedy, he has had great tutelage.”

Posey's tutelage started early in his career, as he started his coaching career in 2009 working for his father, Mike Posey, at North Florida Christian School. In his four seasons as an assistant coach, the younger Posey helped his father's team win the 2011 3A State Championship.

In 2012, Posey took his first head coaching job with the Next Level Baseball 16U team before landing the job at Elon.

Posey has coached 20 players who were either drafted or signed to the MLB, including 15 pitchers and six players from Elon. Most notably, Posey coached Chicago Cubs shortstop Addison Russell while working for Prospectwire as a scout and coach. Russell was the 11th overall pick for the Cubs and won a World Series in 2017.

Prior to coaching, Posey pitched professionally with the then-Anaheim Angels organization from 2002-07 and was a Mid-West all-star selection in 2004.

Posey would later graduate from Florida State University after his baseball career, where he earned a degree in marketing in 2011. He is married to Julie Posey and recently became a father in April 2018.