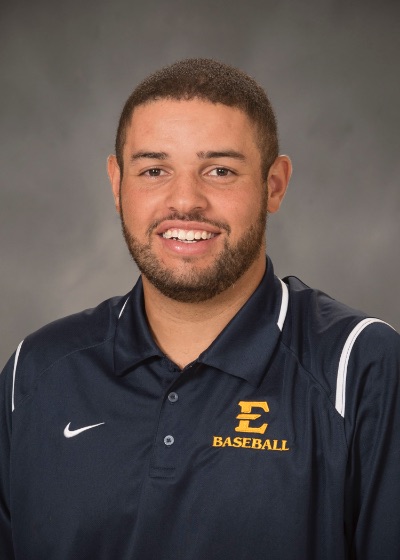 Zach Murray enters his second season with the ETSU Baseball program as the Volunteer Assistant Coach after joining Joe Pennucci's staff in the fall of 2018.
In his first year on staff with the Bucs, Murray oversaw the development of the catchers. ETSU's catchers ranked 14th in the nation in caught stealing percentage while coaching Junior All SoCon catcher Jackson Greer. Coach Murray also coaches 3rd base as an influential part of the offensive production for the Buccaneers

Murray comes to ETSU from Augusta University, a Division II baseball program in Augusta, Georgia. Prior to ETSU, the Washington, Ga. native spent three seasons as a volunteer assistant at Augusta and was a four-year letterman for the Jaguars baseball program from 2012-2015.

Murray spent most of his collegiate career as a utility player for the Jags, primarily catching while also getting playing time as a second basemen and third basemen. As a junior in 2014, Murray started 29 games and ranked fifth on the team in doubles and walks. He was also second in triples that season.

In his first year with the Augusta coaching staff in 2016, Murray was an assistant hitting coach, catchers coach and first base coach. He helped the team to a No. 19 national ranking. The 2016 Jags ranked 11th in the nation in batting average (.334) and eighth in doubles (130). The offense also had the fewest strikeouts — hitting wise — in the Peach Belt Conference.

In 2016, Murray finished his degree from Augusta University, graduating with a Bachelor of Science in kinesiology with a concentration in exercise science.