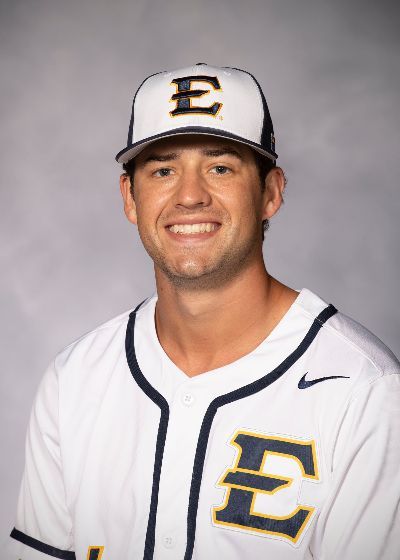 2021 (Redshirt Senior): Lyle concluded his ETSU career as the primary third basemen for the Blue and Gold; he played and started in 48 of ETSU’s 49 games, all at the hot corner… He hit .210 in his final season at ETSU and recorded six multi-hit games and six multi RBI games in the 2021 campaign…Lyle hit nine doubles and four home runs throughout the season and became the first Buccaneer since the turn of the century to steal 10 or more bases without being thrown out (11-11)… Set a career high with four hits at Radford (3/30) and tied his career-best with three RBI on Feb. 20 vs Northern Kentucky… Held a .330 on-base percentage and a .335 slugging percentage throughout the season… The Spring Hill, Tenn. native drove in 22 runs and scored 27… He concluded his career starting in 118 of the possible 119 games in his three-year career as a member of the Blue and Gold.

2020 (Senior)*: Started in all 15 games, all at third base…Began the season with an eight-game hit streak and reached base in the first 12 games...Had five games with 2+ stolen bases and set a career-best with three in the season opener vs Toledo (2/14)…Recorded a team-best seven multi-hit games and was tied for a team-high four multi-RBI games…Held a .362 batting average with 21 hits in 58 at-bats…Scored 13 runs and had 13 RBI…Was ranked fifth in the nation with 12 stolen bases and fourth with .80 stolen bases per game…Finished the season ninth in the conference in batting average and seventh with six doubles.

Prior to ETSU: Transferred to ETSU from Volunteer State Community College in Gallatin, Tenn. … Was named first team all-conference as an infielder at Vol State CC in the 2017 season … Batted .331 for his JUCO career with 18 career homers and 88 career RBI … Attended Centennial High School before joining the Pioneers, where he was named to the all-district baseball team his senior year in 2015.