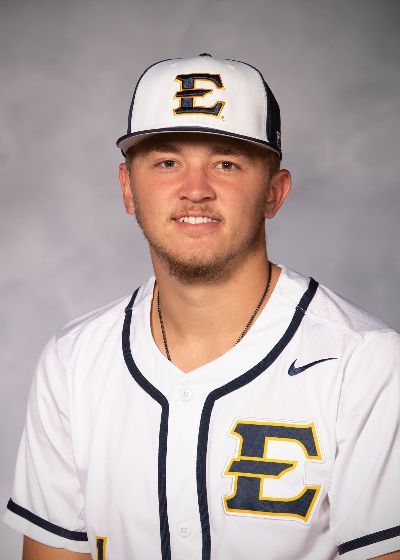 2021 (Redshirt Junior): Joyce made four appearances out of the bullpen in 2021 and held an 11.57 ERA in 4.2 innings of work… Allowing a run in all four outings, his longest appearance was 2.1 innings vs Eastern Kentucky (3/5) where he struck out a career-high three batters and picked up his first career victory…Tied his career high with three strikeouts vs Eastern Kentucky on March 5.

2020 (Redshirt Sophomore)*: Appeared in three games out of the bullpen, recording a career-best three strikeouts in two innings vs Ohio (3/8)…Concluded the season with a 7.94 ERA with five earned runs in 5.2 innings of work with six strikeouts.

Prior to ETSU: Transferred to ETSU after one season at Rockingham Community College in Greensboro, N.C. under head coach Reece Honeycutt … Joyce broke single-season pitching records in ERA, wins and strikeouts in a stellar freshman year at Rockingham CC, earning Region 10 Pitcher of the Year and NJCAA third team All-American Honors … Tossed 85.2 innings with 96 strikeouts and a 2.00 ERA … Starred at South Rowan High School prior to college, compiling a 16-5 record in three seasons, including an 8-1 record his senior year of high school.