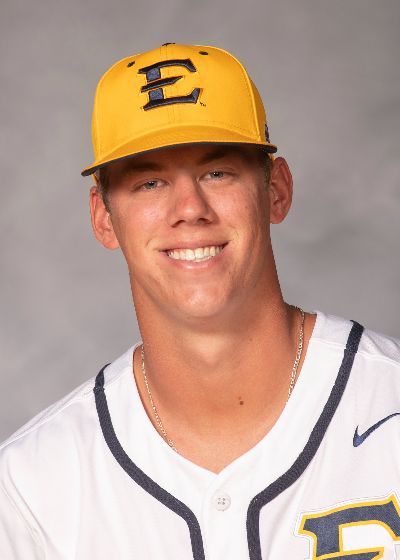 2022 (Senior): Appeared in 14 games with 11 starts ... Named Preseason Pitcher of the Year by the coaches ... Tossed 48.2 innings while holding a 3-2 record with a 7.21 ERA ... Started the season throwing five innings and striking out eight, a career-high ... Won all three of his decisions in his first four starts ... Opened for ETSU's lone shut out of the season, throwing 5.2 innings of scoreless ball against Rider (3/11) ... Came out of the bullpen for the first time against Clemson (4/20), throwing an inning while surrendering two earned runs ... Responded with a relief-outing of 4.2 innings against VMI (4/22), surrendering just one earned run while walking none and striking out three ... Struck out five over 3.1 innings against Mercer (4/30).

2021 (Junior): Stuart was one of the most dominant arms for the Blue and Gold, serving as the Saturday starter … He made 14 starts and led all starters with a 3.22 ERA and six wins … In 86.2 innings of work, Stuart struck out 73, allowed 31 earned runs, 74 hits, and 23 walks, holding opposing hitters to a .238 batting average … Had two eight-inning outings (career high) at UNCG (April 3) and vs Western Carolina (April 23) … Matched his career high in strikeouts with seven six times throughout the season and picked five runners off which led the squad … Led the team with 11 quality starts and went less than five innings just twice … ETSU won 10 of his 14 starts and allowed one run or less in five outings … He was one of seven pitchers to make 14 or more starts this season, while his ERA was 4th in the league and his 73 strikeouts ranked 6th … The lefty allowed just 24 extra-base hits throughout the campaign and had his ERA above 4.00 just once … Name First Team All-SoCon by Coaches and Media.

2020 (Sophomore)*: Made three starts and one appearance out of the bullpen … Held a 2-1 record with wins against Georgia State (3/1) and Ohio (3/8) … Matched his career high with four strikeouts twice (2/22, 3/8) … Had a shutout performance against Ohio (3/8) allowing three hits and striking out four in five innings … Concluded the season with a 3.68 ERA, and 13 strikeouts and allowed just one extra-base hit.

2019 (Freshman): Made 10 appearances with six-midweek starts as a true freshman ... Tossed 28.1 innings and accrued a 3-4 record with a 5.08 ERA ... Recorded his first collegiate win in his first collegiate appearance, holding opening day opponent Iona off the board in 0.2 innings of a tie game, allowing the Bucs to win 4-3 with a go-ahead homer in the eighth inning ... Had two scoreless appearances, combining for 2.0 innings, in his opening weekend debut vs. Iona ... Threw five scoreless innings against Appalachian State in a 4-0 midweek win, recording a career-high four strikeouts ... Earned his first quality start against UNC Asheville with three runs allowed over six innings of a 10-8 win ... Held opponents to a .262 batting average.