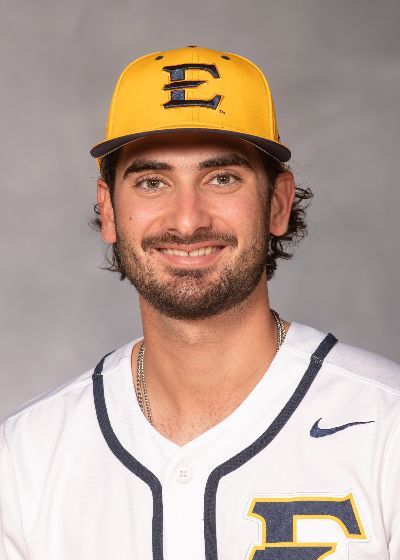 2022 (Senior): Appeared in 14 games with 12 starts ... Paced the Bucs with a 3.38 ERA in a team-high 74.2 innings, walking just 20 batters and striking out 57 ... Led ETSU in ERA in back-to-back seasons, the first ETSU pitcher since 1999-2000 to do so ... Started the season with a relief win, throwing four scoreless innings while striking out six ... In his third start, Kirby matched his career-high seven innings thrown against Rider (3/11), surrendering just two hits with no runs and six strikeouts ... Went at least seven innings in five starts, the final four in conference play while striking out at least six batters in three of them...Threw a career-high 7.1 innings against Mercer (4/29), striking out a career-high seven batters en route to a no-decision ... Allowed three earned runs over seven innings in ETSU's opening round matchup against The Citadel (5/25) ... SoCon Pitcher of the Week (3/14/22).

2021 (Junior): Kirby made three starts and 11 appearances out of the bullpen in 2021 … Led the team with a 1.95 ERA in 32.1 innings of work, striking out 28 and allowing just seven walks and seven earned runs … Concluded the season with a 3-1 record, picking up his first win of the season vs UNC Asheville (Feb. 27), and his final win on May 20 in the best start of his career — a 7-inning complete-game outing vs Samford, allowing just one run, striking out six and allowing no walks on 92 pitches in ETSU’s 11-1 win … The seven innings of work was a career-high … His ERA never rose above 3.00 throughout the season … His 1.95 ERA was the best among SoCon pitchers with more than 30 innings of work.

2019 (Freshman): Appeared in 19 games as a freshman, the third most appearances on the team ... Made one-midweek start in 2019, getting the nod against eventual NCAA National Champion Vanderbilt for his first collegiate start ... Finished with a 1-1 record and a 4.85 ERA over 29.2 innings ... Threw three innings of relief against Western Carolina in a 10-9 win to earn his first collegiate victory ... Had a streak of 8.1 innings without an earned run spanning six games from March 27 to April 19.

Prior to ETSU: Prepped at Damien High School in La Verne, California, as a pitcher for head coach Andy Nieto … Complied a 6-1 record his senior season on the bump en route to earning a first-team all-baseline league selection.

Personal: Born May 18, 2000 ... From Upland, Calif. … Son of John and Lauren Kirby … Zach’s cousin, Chris Kohler, has spent four seasons playing in the Oakland Athletics organization, most recently spending the 2018 season with the Vermont Lake Monsters of the New York-Penn League (Short Season A) … Zach’s other cousin, Alexis Rushlow, is currently a collegiate soccer player at Utah … Majoring in Criminal Justice.