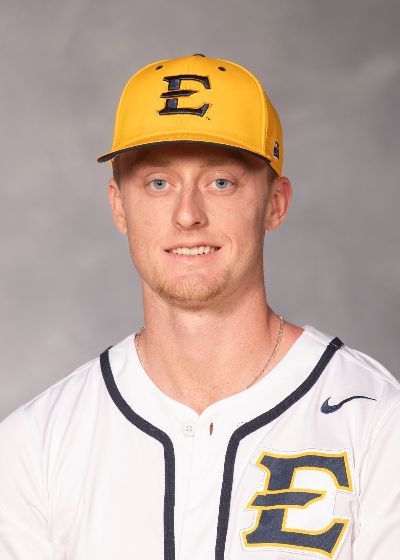 2022 (Redshirt Junior): Appeared in 19 games with one start, the season opener against Northern Kentucky ... Went 5-1 with a 6.60 ERA in 46.1 innings, striking out 46 while walking 11 batters ... Had a stretch from early March to early April where Bollenbacher allowed three earned runs in 22.2 innings, walking just four batters and striking out 28 ... Threw a career-high five innings in a relief appearance against Baylor (4/3) without allowing an earned run ... Struck out a career-high seven batters in his next appearance against Western Carolina (4/8).

2021 (Redshirt Sophomore): In his first full year as a member of the Blue and Gold, Bollenbacher made 13 appearances, all out of the bullpen … He held a 2.45 ERA in 25.2 innings of work and a 1-0 record … Bollenbacher was the primary closer for the Bucs, leading the team with six saves including five saves consisting of two innings of work or more … The righty had eight shutout outings and allowed just five extra-base hits, striking out 22 and walking six in his 25.2 innings of work … Had the longest outing of his career vs Eastern Kentucky on Feb. 27 (four innings) and tallied a career-best five strikeouts at vs UNCG (May 8) … Named to the SoCon All-Freshman team.

2020 (Redshirt Freshman)*: Made four appearances out of the bullpen … Pitched a career-high three innings against Georgia State (3/1) … In three innings allowed two runs, and four hits, and struck out two … In three other outings, allowed no runs and just one hit in three innings … Concluded the season with a 3.00 ERA, four strikeouts and no walks in six innings of work.

Prior to ETSU: Prepped at Harrison High School in Kennesaw, Georgia, about 30 minutes from his hometown of Powder Springs … Lettered for three seasons as a pitcher under the direction of head coach Mark Elkins at the 6A level … Held a career ERA of 1.74 in high school with 126 career strikeouts and four saves — all of which rank in the top-10 in Harrison HS history … Was named 2018 Georgia Dugout first-team all-state and first-team Cobb County while also garnering preseason all-state honors in 2017 and 2018.