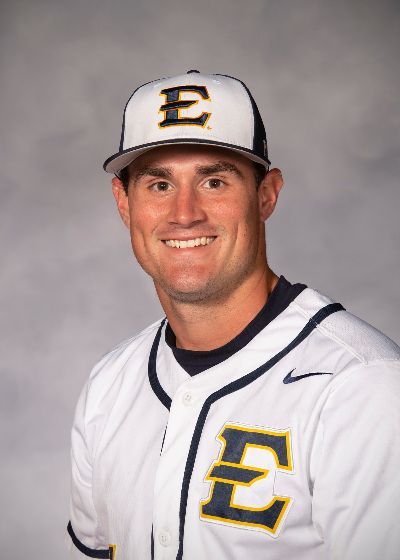 2021 (Senior): Bland made 24 starts and 11 appearances off the bench…In his 35 games played, he hit .208 with 21 hits in 101 at bats, drove in four runs and scored 11 times… He had two multi-hit games and scored twice in two games…In six attempts, Bland threw out one runner attempting to steal as a backup catcher… With eight walks and being hit twice, he logged a .279 on-base percentage...Set career highs with three RBI at NC Central (March 12) and two runs scored vs UNC Asheville (2/26) and at NC Central (3/12).

2020 (Junior)*: Played in eight games with one start…Lead the team with a .500 batting average logging four hits in eight at bats…Logged first career hit vs Georgia State on Feb. 29 with a 2-RBI double…Half of his hits were extra-base knocks with a double, triple and two singles…Concluded the season with two runs scored and five RBIs.

Prior to ETSU: JL Bland is a transfer from Walters State Community College where he was a letter winner in both seasons as a Senator…in his two seasons, he held a .310 batting average and .438 on base percentage…in his senior year, he saw more playing time with 142 at bats, he totaled 44 hits and 44 runs scored…behind the plate defensively, Bland threw out 19 off 32 runners attempting to steal a base last year.

Personal: Born on Jan. 20, 1998…transfer from Walters State Community College, originally from Memphis, Tenn…his father played football at Carson Newman University and grandfather played one year of football at Oklahoma before transfering to Texas Lutheran University to play basketball at TLU after being drafted by the Milwaukee Braves…son of Joey and Amy Bland…plans to major in Business Management and Marketing.