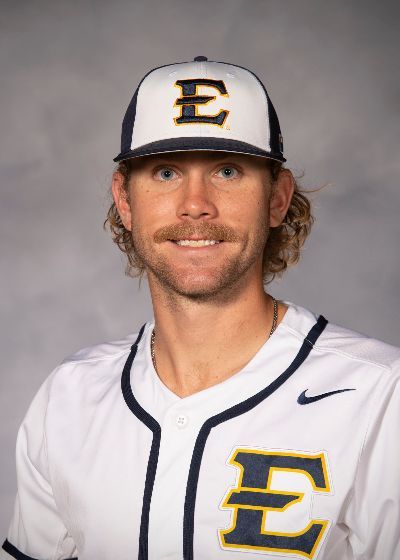 2021 (Senior): Haynie made 13 starts and appeared in 17 games in 2021…He hit .136 on the season, recording one multi hit game…The middle infielder hit two home runs in the campaign and drew eight free passes (six walks)… Tied a career high with two hits vs Northern Kentucky (2/21) and hit his first career double at UNCG (4/3).

2020 (Junior)*: Appeared in 10 games making seven starts…Recorded his first career hit and start as a Buccaneer at Virginia Tech (2/18)…Had one multi-hit game (2/22 vs Rider)…Finished the season with a .240 average and four runs scored…Hit two home runs in the season which came in back-to-back games (2/22, 2/23)…Recorded two stolen bases and held a .321 on-base percentage.

Prior to ETSU: Haynie is a junior transfer from Walters State Community College where in two years he started 83 games At Walters State, Haynie hit above .300 in both seasons averaging .307 throughout his career. Last year he added 12 doubles and three home runs to his stat line.

Personal: Born on May 20, 1997…from Brentwood, Tenn…son of Rick and Martha Haynie… His brother Will, Grandpa Howard and Dad played baseball collegiately…Brother and Grandpa played in the Rockies and New York Giants organizations respectively…plans to major in Interdisciplinary studies.