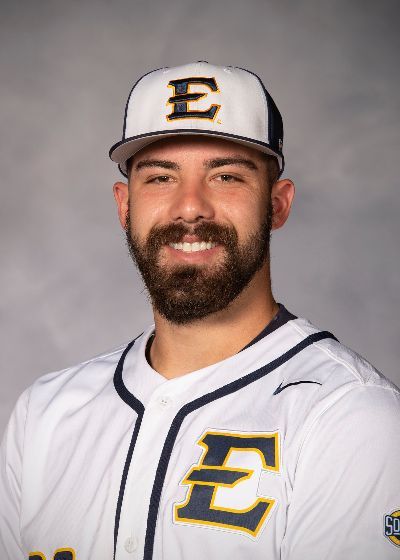 2021 (Senior): After making just three starts in the team’s first four weeks of the season, Kearney became a primary member of the starting lineup throughout the remainder of the season, making 30 starts in 2021 and six appearances off the bench…He finished tied for a team lead with a .305 batting average, logging 36 hits in 118 at bats… The infielder drove in 17 runs and scored 15 times, slugging .398 and accumulating a .344 on-base percentage… Recorded his first career three-hit games vs Wofford (4/10) and his first career three-RBI game on March 9 (vs VMI)… Was one of five Bucs with 10+ multi-hit games… Hit .325 in May throughout the final 10 games of the season with three doubles and six RBI...Set career highs with three hits at Mercer (5/1), vs Wofford (4/1) and vs UNCG (5/8)… Recorded a career-best three RBI vs VMI on March 19.

Prior to ETSU: Bubba Hubbard JL Bland is a transfer from Walters State Community College where, as a RHP, he logged a 5-0 record in 20 appearances and eight starts. Over the course of two seasons he totaled 36 innings of work allowing 13 runs for a 3.25 ERA and averaged 16.75 strikeouts per nine innings.

Personal: Born on May 19, 1998… from Mooresburg, Tenn… Son of Allen & Amy Hubbard…plans to major in business with a concentration in corporate finance and investments.