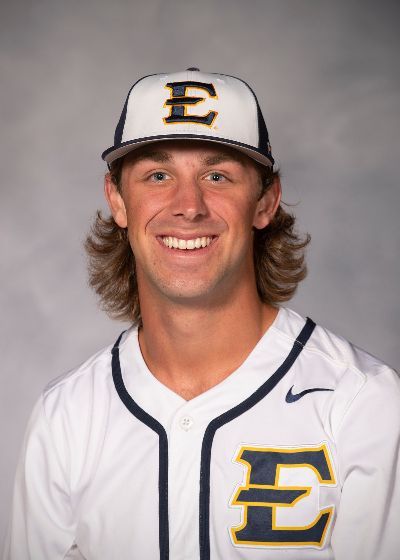 2021 (Freshman): In his first season at ETSU, Hanvey made 18 starts and appeared in 24 games…He set a career high with three hits at NC Central on March 8… Hanvey hit .194 in his first year at ETSU with 12 hits, five doubles and a home run… He drew eight walks and drove in five runs and scored nine times in the campaign…Made his first career start in the season opener vs Northern Kentucky (2/20), recorded first career RBI vs UNC Asheville (2/27), first hit vs Eastern Kentucky (3/6) and first home run vs Wofford on April 11.

Prior to ETSU: Transfer from Florence-Darlington Technical College where in the 2020 hit .235 with five RBI and a .435 OBP… Four of his eight hits went for extra bases.

Personal: Born May 19, 2000…from Purcellville, Va. Son of Tony and Sheila Hanvey…Planning to major in accounting.