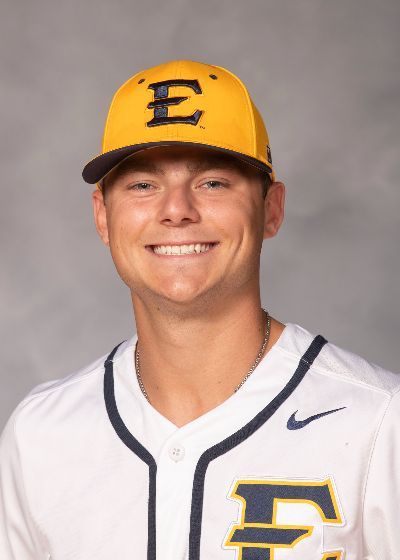 2022 (Senior): Rotated back into the bullpen, making a team-high 20 appearances on the season with a team-high five saves...Held a 5.45 ERA and striking out 33 batters in 33.0 innings with a 4-4 record...Threw five innings in his lone start of the season, coming on the final day of the regular season against The Citadel where Tate allowed four earned runs while striking out six...Between his appearances on April 16 and May 8, Tate went 3-0 including a two-inning relief win against Mercer where Tate struck out four batters in 2.2 innings...Recorded saves in back-to-back appearances on March 11 and 13.

2021 (Junior): Tate transitioned into the starting rotation in 2021, making 12 starts and one appearance out of the bullpen…Held a 5.12 ERA and struck out 74 batters in 63.1 innings, setting the program record for K/9 innings…Tate concluded the year with a 4-4 record, allowing 36 earned runs and walking 19…He set a career high with an 11-strikeout performance against VMI on March 20 in six innings of work…Tate had two seven-inning outings (career highs), both wins for ETSU at UNCG (April 3) and at VMI (May 15).

2020 (Sophomore)*: Named to the Preseason Second Team All-SoCon…Made five appearances out of the bullpen in the shortened season…Held a 1.29 ERA allowing just one run in seven innings of work…Gave up six hits and struck out nine batters, walking three…Recorded first save of the season at Clemson (2/25)…Concluded the season with two saves…Had a multi-strikeout outing in four of his five appearances.

2019 (Freshman): Made 18 relief appearances as a freshman, proving to be one of the top bullpen arms in the Southern Conference ... Boasted a 1.21 ERA in 29.2 innings, finishing with a 4-0 record and three saves ... Allowed just four earned runs over two games all season (three at Clemson and one vs. Samford) ... Struck out 33 batters with only 15 walks ... Named to the Southern Conference all-freshman team.

Prior to ETSU: Prepped at Coffee County Central High School, serving as a jack-of-all-trades utility for head coach David Martin … Split time on both sides of the battery for the Raiders, mostly starting as a right-handed pitcher and behind the plate while also filling in spots around the infield and outfield … Slashed .317/.366/.510 as a hitter and recorded a 1.25 ERA and 1.14 WHIP as a pitcher.