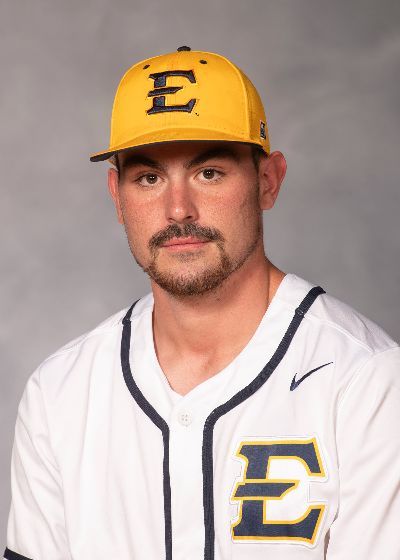 2022 (Senior): Made two appearances on the season, once in ETSU's 14-3 win over Northern Kentucky and second in the Bucs' 7-4 win over UNC Asheville on Senior Night...Threw one inning against the Bulldogs where Jones was honored as one of 12 seniors...Ended the season without a decision.

2021 (Junior): Jones made nine appearances out of the bullpen in 2021 and held a 1-0 record and a 7.20 ERA in 10 innings of work…Recorded six strikeouts, one walk and eight earned runs…Picked up his first ETSU  win vs UNC Asheville (Feb. 27) logging 1.1 shutout innings, allowing just one hit… Tallied his first ETSU strikeout at Clemson (March 2)…Did not allow an earned run in his first five relief appearances of the season, totaled six shutout outings in 2021.

Personal: Born August 14, 1999…from Woodstock, Ga., Son of Randy and Cindy Jones…majoring in kinesiology… His father played baseball for four years at NJIT.