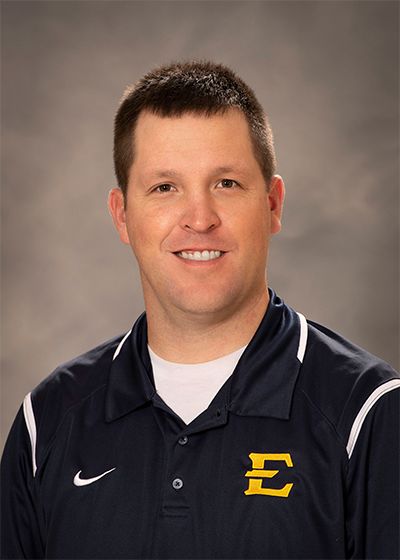 Chad Marshall enters his first season as a Buccaneers’ baseball assistant coach under Joe Pennucci. Marshall spent the last three seasons at George Washington, assisting in recruiting and aiding a Colonial defense that has consistently been near the top in fielding percentage each of his three seasons.

During his first season at GW, Marshall was instrumental in the team's defensive success, ranking fifth in the league in fielding percentage and pacing the circuit in double plays (14th nationally).

He also had a hand in the development of Nate Fassnacht and Dom D'Alessandro, who both earned ABCA All-Region honors and were drafted in the eighth and 22nd rounds, respecitvely, of the 2019 MLB Draft.

In 2020, Marshall guided the Colonials to the second-best fielding percentage in the A-10 (.977), a mark that ranked 47th nationally. GW once again turned the most double plays in the conference with 12 in 16 games.

Marshall spent two seasons as the volunteer assistant coach at William & Mary. With the Tribe, he was tasked with video scouting and goal-creating for the offense and also assisted the team's infield and outfield defense.

Prior to his time in Williamsburg, Marshall was the director of baseball operations for his alma mater, Stony Brook, in 2016. Marshall and Pennucci were together for two seasons in Stony Brook. In addition to in-game responsibility, Marshall assisted with fundraising, team travel, and recruiting events and camp organization.

Marshall also served as the executive director of operations at Fort McMurray Minor Baseball from 2013-15. There, he oversaw a year-round program that involved more than 500 kids ages 4-18 and handled the hiring of coaching staffs, clinic evaluations and organization meetings.

Marshall was an outstanding four-year starter for Stony Brook from 2007-11. He was a four-time All-America East selection and a Freshman All-American honoree for the Seawolves. He graduated as the program's all-time leader in hits and was a part of the 2011 squad that tied the NCAA team fielding percentage record.

While Marshall was on the field, Pennucci was in the dugout coaching him on. Ten years later, the two are coaching together in Johnson City.

He graduated from Stony Brook with a degree in biology and sociology in the summer of 2012. Marshall married the former Taryn Schoenbeck in September, 2015.