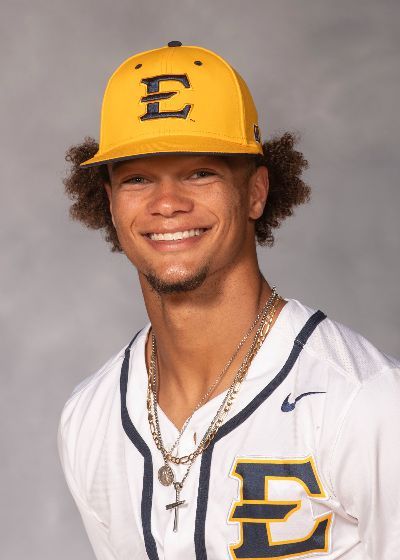 2022 (Junior): Made 17 appearances with five starts, including all three to start the season against Northern Kentucky...Hit .188 with six hits, four runs, four RBIs, and one double against Baylor (4/1)...went 1-for-4 with three RBIs in his first start against the Norse, recording a hit in four of his five starts on the season while the other two hits on the season occured in pinch-hit scenarios.

Prior to ETSU: Spent two season at Walters State Community College where he primarly played outfield...Finished the 2021 season hitting .354 with six doubles, one triple, one home run, 17 walks, and 12 stolen bases...Finished third on the team in stolen bases despite playing in less games...Part of the Walters State offense that hit .351 as a team and made it to the JUCO World Series.