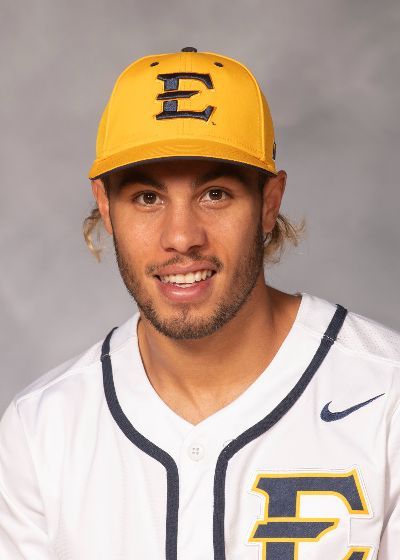 2022 (Junior): Appeared in 29 games with 18 starts, all in center field...Hit .302 with 19 hits, 18 runs scored, nine RBIs, three doubles and three home runs...Hit safely in his first four at-bats and started the first month of the season 8-for-12, qualifying as the nation's leader in batting average after February...Recorded his first three-hit game against Wagner (2/27), recording three RBIs and scoring four times with his second home run of the season...Had another three-hit game against Rider (3/11), notching a double and a solo home run in ETSU's 12-0 win...14 of his 19 hits on the season came in his first 11 games...Led ETSU with three stolen bases on the season, including two against Radford (4/26).

Prior to ETSU: Spent three season at Clarendon College in Texas, but broke through in a big way his third and final year...Slashed .402/.453/.640 in 52 games with 86 total hits, 16 doubles, seven triples and seven home runs with 49 RBI's...Boasted a 27-game hit streak that spanned from mid-March to late April...Had an eight-game streak within that 27-game stretch where he had multi-hit games...Finished the season with two four-hit games and 11 three-hit games.

Personal: Born in Saint-Lo, France...The first French baseball player trained by the French Federation of Baseball and Softball to play Division I baseball.