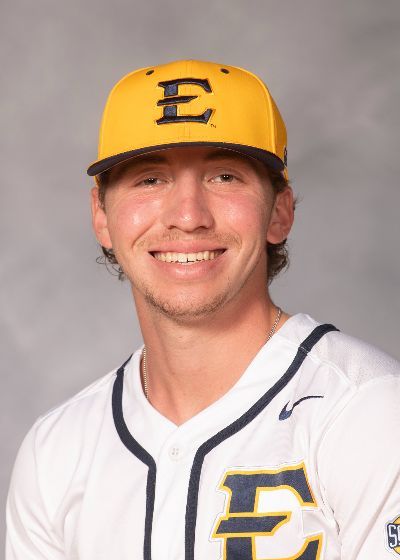 2022 (Sophomore): Made 36 appearances with 35 starts, all behind the plate...Rotated with Webb as McCarthy played catcher on Friday's and Sunday's in weekend series, taking a few midweeks behind the plate too...Hit .245 with 22 runs scored, 13 RBIs, six doubles, and one home run (against Samford, May 8)...Added 15 walks and never hit into a double play...Runners were 25-for-37 (67.6% successful) when stealing a base against McCarthy...In ETSU's last 15 games, McCarthy started at catcher in all 15 while batting .347, the second-highest average on the team during that span, raising his season average by nearly 100 points...McCarthy hit safely in 13 of those 15 games with four of his six total multi-hit games on the season... Scored a season-high three times twice against Tennessee Tech (3/20) and The Citadel (5/20).

Prior to ETSU: Transferred to ETSU after one season at Cleveland State Community College...Appeared in 40 games batting .323 with a .565 sluggling percentage...Totalled 40 hits, four doubles, one triple, and eight home runs with 46 RBI's...Spent his freshman season at Middle Tennessee State and appeared in three games before the season was cut short due to the COVID-19 pandemic.