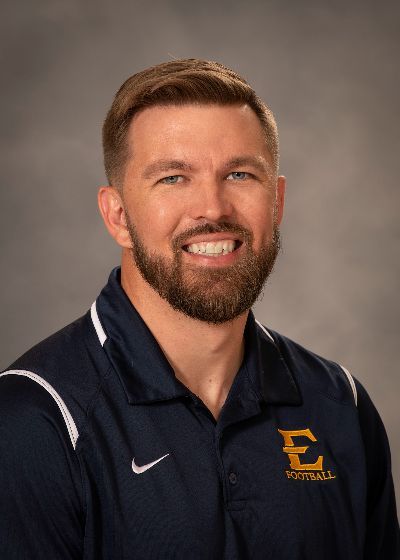 On Wednesday, March 23, Joe Horn was announced as the new Wide Receivers coach for the Bucs.

Horn previously served as the wide receivers coach for one season at Colgate University. Under Horn’s guidance, Garrett Oakley led the Raiders in receptions (35), receiving yards (601) and receiving touchdowns (3). In his lone season with the Raiders, Colgate finished 5-6, winning the final three games of the season.

Horn arrived at Colgate after four seasons at NCAA Division II Tiffin, where he coached quarterbacks, wide receivers, and served as the pass game coordinator and recruiting coordinator. During the 2020-21 season, Horn helped lead Tiffin to its second straight GMAC championship with the conference’s top offense. The Dragons led the GMAC in yards per game (423.7), passing offense and offensive efficiency. Three receivers earned First or Second Team All-GMAC honors including GMAC Offensive Player of the Year Devin Butler and the GMAC leader in receiving yards, freshman Anthony Lowe.

The 2019 season featured one of the best years in program history, finishing the regular season 9-1 with a perfect 7-0 mark in GMAC play en route to the program’s first title as a Division II member. Tiffin’s offensive unit was among the nation’s best, ranking fifth in DII in total offense (507.8) and seventh in scoring offense (43.2). The passing offense ranked 32nd in the country at 262.3 yards per game. Quarterback Nick Watson was named the GMAC Offensive Player of the Year, while wideout Stanley Jackson Jr. garnered GMAC Offensive Back of the Year honors as well as being named a D-II All-American.

Horn is a 2010 Ashland graduate, and he ranks as one of the most prolific wide receivers in school history. He shares the school single-game record for touchdowns (six), and he also holds the school single-season record for touchdown receptions (12). He is the program's career leader in touchdown receptions (28) and receiving yards (2,681). He is second in career catches (170). He was a three-time All-GLIAC Second Team selection and a member of the 2008 team that advanced to the NCAA playoffs.