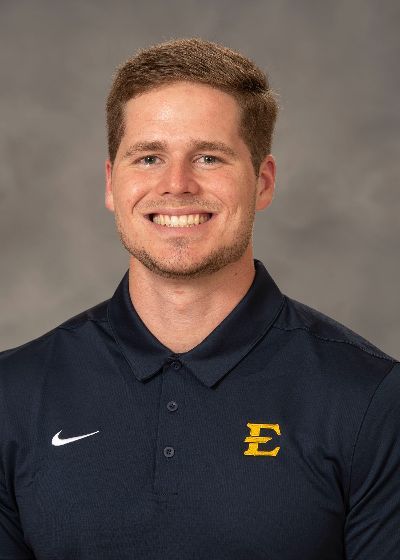 Dylan Lewellyn finished his seventh season with the Blue & Gold following the 2021 fall season. Following a stint as the graduate assistant in 2015, then head coach Carl Torbush promoted Lewellyn to ETSU’s outside linebackers coach in 2016 – a position he will remain in for Coach Quarles.

In the fall of 2021, Lewellyn oversaw Di’Andre Davis, Jay Harrison, Jalen Porter and Zach West. The four outside linebackers combined for 150 tackles, led by West with a career-high 53 tackles to rank sixth on the team. West finished the season with 6.0 tackles for loss and two sacks, in addition to coming away with two fumble recoveries and one interception. Porter led the defense in tackles for loss (10.0) and sacks (6.0). The 6.0 sacks ranks seventh-most in a single season in program history. Four of those sacks came in the same game, ranking second-most sacks in a single game in ETSU history.

Lewellyn has coached Bockrath into being named to the SoCon All-Freshman Team after totaling 57 tackles, nine tackles for loss, 4.5 sacks and one forced fumble in 2017. Bockrath was also named Freshman All-American Honorable Mention by Hero Sports. In the spring of 2021, Davis earned SoCon All-Freshman honors under Lewellyn’s guidance.