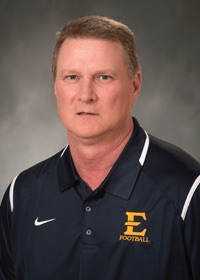 Following the 2019 season, Sanders is now 11-13 at the helm of the Bucs following a 3-9 season featuring a young ETSU squad. The Bucs picked up a marquee win over Austin Peay (20-14), defeating a team that would go on to make a deep run in the FCS playoffs. Coach Sanders coached 12 All-SoCon honorees in his second season with the program. Despite the record, the Bucs posted the 10th-best offense in a single season in program history (4,030), while also averaging the sixth most yards per play (5.43).